Vinalies Internationales Competition: The Peruvian wines and Piscos that have everyone falling in love. 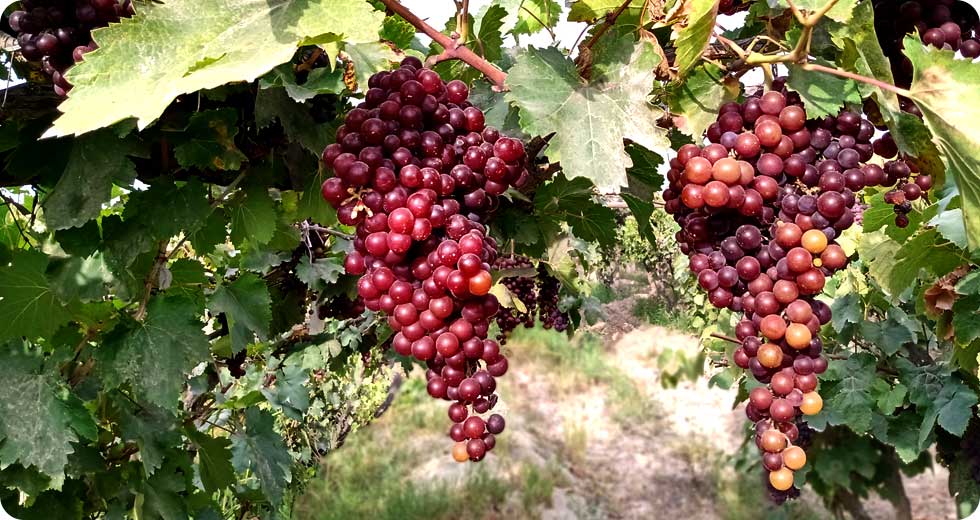 The Union of French Oenologist, an important voice in the European country, created in 1994 the Vinalies Internationales Competition, one of the most distinguished competition in the world for its longevity, passion, diversity, trust, impartiality, professionalism   —ISO 9001 certificated, proving the highest levels of quality and rigor— and organization. In four days, 130 wine tasters of 40 countries, experts in sensorial analysis, blind tasted more than 3000 samples.

Tacama, the oldest vineyard in South America and the first in Peru, participates for more than 20 years. “We are a historical contestant. In this edition, we have been the only Peruvians awarded”, says Frédéric Thibaut, the brand winemaker. That’s right, this year Tacama achieved the silver medal with our wines Blanco de Blancos Chardonnay-Sauvignon Blanc-Viognier, Carmenère Special Selection and Petit Verdot-Tannat Special Selection, and our Piscos Demonio de los Andes Quebranta and Demonio de los Andes Moscatel. “We’ve got five medals that cover the three types: White, red and Piscos. We could said that, overall, we do things well and we can inspire confidence to the consumer when they pick a bottle of ours in the stores”, adds the winemaker.

All silver medal winning wines belong to the Selection Line. The white is named Blanco de Blancos Chardonnay-Sauvignon Blanc-Viognier. The secret: it is made of three well-known grapes that grown around the world, but rarely mixed together.  The Chardonnay brings volume and balance in mouth, the Sauvignon Blanc gives freshness in nose and sourness —higher than other varieties— and the Viognier, the aromatic point (floral and exotic fruit). “In Ica, we achieved a great level in the three strains which complement each other”, assures Thibaut. As a result we got a white wine with a unique character. “It keeps a timeless style. It is generous, tempting. That’s why I think it stood out in the competition”, he said.

If we talk about the red wine winners, one of them is Carmenère Special Selection. Its grape was brought from France in 2008. “In nose, it is immediately recognized that it is a Carmenère wine. However, it doesn’t have very noticeable vegetable notes, as it is the case of many of this type which grapes are sown in places where it is difficult to reach maturity. In Ica, the summers are long and, usually, it doesn’t rain in March neither April, so we get the fruit maturity without fear that the rains affect the bunches”, explains Frédéric Thibaut. Among the strong points of this red wine are its aromatic complexity —black fruits, mentholated notes and hints of coffee and  mocha— and the extreme softness of its tannins. And, of course, its fair maturity, which was surely a factor in favor for getting the silver medal in the competition.

The other red wine winner was Petit Verdot-Tannat Special Selection, the oldest of the Selection line. Its two grape varieties were imported by Tacama in early 80’s and were well adapted to the conditions in Ica Valley. The Petit Verdot is the finest and feminine strain of Tacama; the Tannat is extremely generous and matches perfectly. With them, “we can achieve a powerful, intense, expressive, with good structure on the mouth and a lot of persistence”, points the winemaker.

Of distillates and legends

The awarded Piscos belong to the legendary Demonio de los Andes line. “It was named after Francisco de Carbajal, one of the most picturesque and tumultuous Spanish characters during the conquest of Peru”. He was known for his battle skills and his cruelty toward the enemies, his cynicism and sense of humor, Carbajal inspired fear and gained the nickname of Demonio de los Andes”, tells Alexander Holender, bartender and line ambassador.

It is a family of spirits that are the result of decades of oenological studies and Pisco tradition. “They are the pride of our vineyard, the team involved and, surely, Peru, thanks to their participation and recognition in the foreign market”, states the Demonio de los Andes line ambassador.

Thus, in the recent 27th edition of the Vinalies Internationales Competition, the Pisco Demonio de los Andes Quebranta received a silver medal (an award to add to its list of victories). “With a very good structure in the mouth, elegant and pleasant, it stands out for its characteristic descriptors such as nuts and ripe fruit and the aromas of pecans, walnuts and banana”, points Holender. The Pisco Demonio de los Andes Moscatel, which participated for the first time in this contest, also achieved a silver medal. “It is round and long-lasting, it stands out for its subtlety on the mouth, it is delicate and enveloping. With floral aromas, such as violet and lavender, it incorporates subtle hints that are reminiscent of fresh oranges and peaches. It is one of my favorites” he confessed.

Award-winning wines and piscos. There is only one thing left: How can you get them? You could ask for them via WhatsApp (+51 913 090 43 Lima/ +51 981 147 078 Ica) or via Tacama’s web. For more information, visit www.tacama.com and/or consult our official pages on Facebook and Instagram.